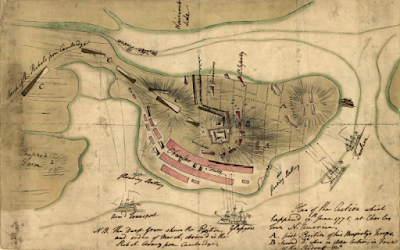 
Following General Washington’s assumption of command, the Commander in Chief made it quite clear that his mission was to turn the various forces assembled around Boston into a unified army. On July 22, 1775, Washington attempted to impose a more rational organizational structure by issuing orders dividing the American army into three divisions of six brigades each. As a result, most of the Massachusetts Grand Army regiments were renumbered to reflect this change.
Posted by Alexander R. Cain at 3:53 PM 1 comment: