Over the past few years, the Nerds have posted a few articles on the psychological effects of the Civilian Evacuation of April 19, 1775 and the Ipswich Fright that occurred in the days afterward.

Unfortunately, there is a perception in some historical circles that after the Ipswich Fright concluded the residents of Essex County simply chalked up the entire experience as an embarrassing experience and went on with their daily lives. In reality, this was hardly the case.

Historian Joel Bohy has been prodding the Nerds to expand our horizon and start reviewing the post-April 19th minutes and records of the Massachusetts Provincial Congress. Well, we finally got off our collective butts and did so. Little did we know that we were about to uncover just how rattled coastal Essex County and the Merrimack Valley were in the aftermath of the Ipswich Fright.

Many Essex County residents quickly realized that while the Ipswich Fright was nothing more than a rumor, the reality was most, if not all, of their coastal communities were not prepared for a seaborne attack. If a Royal Navy warship anchored off the coast of a town, or in the case of the Merrimack Valley, entered and sailed up the Merrimack River, it could easily bombard the communities, destroy wharves and shipyards and drive the population to the interior.

The first hint of concern over this perceived threat was raised the morning of April 26, 1775. On that day, Provincial Congress delegates from Haverhill, Massachusetts begged to be excused from their responsibilities in Watertown.

Haverhill already had a string of bad luck in April. In the days before Lexington and Concord, the town had fallen victim to a devastating fire that destroyed most of the businesses and homes near the center of town. All of the town’s militia, minute and independent companies marched for war the morning of April 19th and had not yet returned. The Ipswich Fright caused the remaining residents of the town to flee north to New Hampshire. 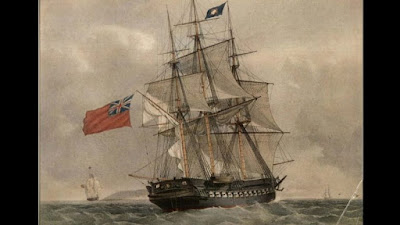 In the aftermath of the Ipswich Fright, many Haverhill residents were convinced it was only a matter of time before a British sloop would sail down the Merrimack River and fire the town. As a result, the Haverhill delegates pleaded to be excused from their duties. “Sir: The Congress have this day received a letter from Nathaniel Peaslee Sargeant, Esq., and Jonathan Webster, Esq., acquainting them that the late dreadful fire in Haverhill, together with some public disturbances in said town, make it necessary that they should be at home at this time.”

Of course, Congress was unsympathetic and simply retorted that “ if neither of those gentlemen can attend, others should be elected.”

However, on the same day, the representatives of the Provincial Congress started to receive a string of letters and communications from other Essex County maritime towns pleading for protection from British warships that were unexpectedly observed cruising off their coastline.

The first report came from Marblehead but other communications from Newburyport, Beverly, Salem and York started to stream in as well. As the Provincial Congress noted “Many memorials ... were presented to the Congress from the maritime towns, representing that the long line of sea coast was without adequate defence; that armed vessels were hovering about the ports, ready to turn their cannon upon the villages of the shore; that the people were exhausted by strenuous exertions in the common cause; and praying for reinforcement of men, and supplies of arms and ammunition.”

The reports horrified the Provincial Congress as it came to the realization that Essex County as well as the Maine Province were completely helpless if the Royal Navy launched a coordinated attack. Of particular concern to the delegates were the Maine Province communities of York, Wells, Boothbay and Biddeford.

While many Essex County towns had some defensive capabilities in the form of iron cannons, shot and gunpowder, the Maine Province had nothing. As a result, the Provincial Congress ordered “Resolved, That it be, and it hereby is recommended to the selectmen of the towns of Marblehead, Salem and Newburyport, that they forthwith sell out of their town stock four half barrels of powder each, to said towns of York, Welles, Biddeford and Boothbay, to put the inhabitants thereof in some tolerable state of defence; and should the towns of Marblehead, Salem and Newburyport be under the necessity of having the quantities which they have delivered to the said towns of York, Welles, Boothbay and Biddeford replaced, in that case, the Congress will give orders for the same as soon as may be: the powder to be apportioned according to the number of inhabitants in the said towns: as also to Sandford, said town having made appli- cation for supplies of the same kind.

Understandably, the Essex County seaport communities opposed selling some of their military supplies to their Maine counterparts and argued that such a move would only weaken an already untenable position.

The tense situation only became worse on April 27, 1775, when the Massachusetts Provincial Congress revisited the issue and examined just how vulnerable Essex County was to a naval attack. At the conclusion of the discussion, the delegates concluded that there was nothing that could be done in the event of a Royal Navy strike. The Massachusetts Provincial Congress adopted a stance that surely rattled the residents of Essex County even more. In short, Congress simply recommended that the coastal communities of the county should prepare for a mass evacuation in the event of an attack. 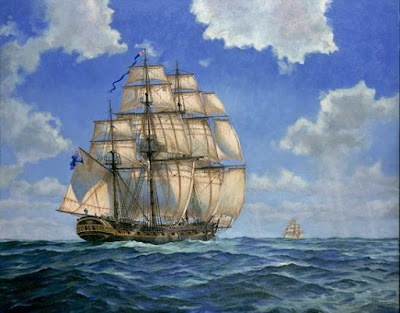 “Resolved, That it be, and it hereby is earnestly recommended to the committees of the sea port towns in the county of Essex, that they use their utmost endeavors to have all the effects of the inhabitants of their respective towns removed as soon as possible : that the Congress highly approves of the conduct of said towns in wearing a pacific ap- pearance until their effects shall be secured: that the Congress consider it as absolutely necessary for said inhabitants to be in readiness to go into the country on the shortest notice, and to avoid mixing with our enemies, as thereby their own lives will ever be in imminent danger when the colony and the continent shall attack such enemies. And it is also recommended to them that their application to Congress for advice, and this resolve in consequence thereof, be kept a secret, that their effects may more easily be removed.”

As an aside, during this same crisis, the Massachusetts Provincial Congress was faced with the reality that Boston residents trapped behind British lines might be released by General Thomas Gage to relocate to the interior of the Colony. Congress listed a variety of towns to take in the Boston refugees. Essex County communities were not among those towns listed.

By mid-May, the coastal communities of Essex County continued to be on edge.

The situation only became worse when on May 23, 1775, a detachment of British sailors and officers from the HMS Scarborough rowed into Newburyport Harbor under the cover of darkness to scout the town’s defensive capabilities. According to the Essex Journal, “last Tuesday evening (May 23) a barge belonging to the man of war lying at Portsmouth, rowing up and down the river to make discoveries with two small officers and six seamen.”

Fortunately, the mission was an utter failure as the “tars not liking the employ, tied their commanders, then run the boat ashore, and were so impolite as to wish the prisoners good night, and came off.” Upon entering Newburyport, the deserters alerted the town of the mission and the location of the officers. However, “the officers soon got loose and rowed themselves back to the ship” before they were apprehended.

By the end of May, coastal communities finally had enough and started to take measures into their own hands. Over the summer, communities such as Newburyport, Marblehead, Amesbury, Salem, Beverly and Lynn started to fortify their towns in the event of a British attack. Newburyport and Salisbury instructed fishing boats to watch the horizon for signs of Royal Navy activity. Cape Ann communities started to evacuate civilians to interior communities while more than a few villages openly discussed outright abandoning their homes until the conflict with England ended.

Almost three months later, the Massachusetts Provincial Congress relented and agreed to provide military support to those coastal communities. Specifically, on July 11th, Congress declared “Whereas, many able-bodied men, who were inhabitants of the seaport towns of the colony, have removed their families into the country, and have themselves left said towns, and carried with them their arms and ammunition ; therefore. Resolved, that this Congress do approve of the conduct of such persons, so far as it respects the removing the women, and children, and valuable effects. It is recommended to the male inhabitants, fit to bear arms, that they return to their respective towns, and there continue with tliat dignity and firmness which ought ever to distinguish an American, and to defend them from the ravages of the enemy, until it shall be judged by the inhabitants of such towns, at a meeting for that purpose, expedient to vacate the same.”

Of course, Essex County’s concerns of a possible naval assault were not unfounded. In August 1775, the commanding officer of the HMS Scarborough, then anchored off the coast of Portsmouth, New Hampshire, recommended that the port town of Newburyport be bombarded. In response, Admiral Graves admitted such an operation was unlikely only due to the lack of ships. “I observe what you say about Newbury; that place and all others indeed require to be strictly attended to, but where are the Ships?” Two months later, Admiral Graves ordered Lieutenant Henry Mowat, of the HMS Canceaux to burn Salem, Beverly, Ipswich, Newburyport and other Essex County seaports to the ground. Fortunately for the county, Mowat had other plans and attacked Falmouth, Maine instead.

Posted by Alexander R. Cain at 2:24 PM No comments: