The Nerds must apologize for our prolonged absence over the past several weeks in both podcasting and blog posting. Between catching a nasty cold that resulted in the loss of our angelic voices and moving moody teenagers into college dorm rooms, we’ve been a bit sidetracked.

As we prepared for the future recording of podcast episodes, our attention was drawn to an upcoming topic - smallpox and the Siege of Boston.

The Center for Disease Control notes that the origin of smallpox is unknown. The finding of smallpox-like rashes on Egyptian mummies suggests that the disease has existed for at least 3,000 years. Smallpox arrived in New England during the early years of the seventeenth century and had devastating effects upon the native American population. As one colonizing Puritan would later observe “The good hand of God favoured our beginnings in sweeping away the multitudes of the Natives by the small pox." 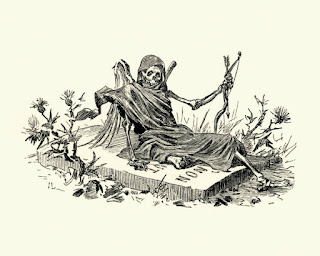 At the commencement of the Siege of Boston, the threat of a smallpox outbreak was continuously on the mind of both American and English commanders. Following George Washington’s assumption of command of the Continental Army in July, 17775, he was determined to prevent the spread of the disease among his soldiers. The general worried that an epidemic among the troops would significantly weaken his ability to mount an effective military campaign against the British troops trapped inside Boston as well as deter future enlistment prospects. As a result, Washington made the health of his troops one of his top priorities and ordered strict enforcement of numerous directives so as to contain and control the smallpox contagion.

One concern that the American forces had was the weaponization of smallpox by His Majesty’s forces. Understandably, the apprehension was justified. During Pontiac’s Rebellion in 1763, military authorities openly discussed the use of smallpox against their Native American enemies. “Could it not be Contrived to Send the Small Pox among those Disaffected Tribes of Indians?” That same year, militia commander William Trent noted that he gave a visiting Indian delegation “two Blankets and a Handkerchief out of the Small Pox Hospital. I hope it will have the desired effect.” He was later compensated for the act by the British commander overseeing the defense of Boston - Thomas Gage.

During the early months of the Siege of Boston, one Boston resident warned “soldiers try all they can to spread the smallpox, but I hope they will be disappointed.” In a May 13, 1775 letter to Asahel Pomeroy, Seth Pomeroy reflected in a letter to a relative that he believed that “If it is In General Gage[’] s power I expect he will Send ye Small pox Into ye Army.” When four British deserters fled Boston and were quickly apprehended, Washington’s aide-de-camp Robert Harrison wrote to the Massachusetts PRovincial Congress to alert them “Four [British] deserters have just arrived at headquarters giving an account that several persons are to be sent out of Boston . . . that have lately been inoculated with the smallpox, with the design, probably, to spread infection to distress us as much as possible.”

As the siege progressed, smallpox began to spread amongst the soldiers and residents inside Boston. According to a December 1, 1775, General Order, “The Small Pox spreading universally about the Town, makes it necessary for the safety of the Troops, that such men as are willing, and have not had that distemper shou’d be inoculated immediately.” 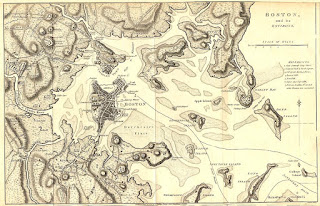 A few weeks earlier, General Howe reversed British policy and allowed certain persons to leave the town. According to the general three hundred of the Inhabitants of Boston were removed from Boston by ship and were bound for Massachusetts seaport communities, including Point Shirley, Plymouth, Salem, Beverly and Newburyport. Although the refugees were “destitute of any thing to help themselves in this inclement Season”, It soon became clear that utmost of the passengers were infected with smallpox. According to Boston’s Thomas Crafts, “The smallpox has broken out in two families that came out of Boston on the first vessels.” Ezekiel Price reported that “the people who came out last from Boston and landed at Point Shirley, have the smallpox among them; that a person at Brookline was taken with it.”

Historians have suggested Howe’s motives were influenced by a desire to remove those who would be a burden on limited supplies and resources. However, Historian Ann M. Becker has argued “[Howe’s] decision to inoculate his troops and send out contagious refugees—along with reports detailing the American belief that the British were attempting to infect the colonials with smallpox—support the idea that smallpox was being used as a military weapon to protect against aggressive American maneuvers.”

Becker’s theory is not without merit. A February 1776 Massachusetts newspaper reported that Thomas Francis, a young indentured servant, had been inoculated with smallpox inside Boston against his will and then forced to board a British refugee ship sailing for Port Shirley. As a result of this calculated exposure, several other passengers on board the vessel contracted the disease.

If Howe’s intentions were to unleash a viral agent into the Massachusetts countryside, he was in part successful. The smallpox virus began to spread. This in turn fueled American suspicions that the enemy had launched a biological attack. In a letter to Congress, Washington warned “The information I received that the Enemy intended spreading the smallpox amongst us, I could not suppose them capable of; I now must give some credit to it, as it has made its appearance on several of those who last came out of Boston.” In a separate letter to John Hancock, the general asserted “The small-pox rages all over the town. Some of the military as had it not before, are now under inoculation. This, I apprehend, is a weapon of defense they are using against us.”

Although there is no direct evidence of Howe or Gage launching a biological attack on American forces, there is a fair inference that measures were undertaken to weaken the rebellion through the introduction of smallpox. That said, by 1777, some British officials were openly advocating to use smallpox as a weapon against the colonists. For example, English officer Robert Donkin proposed to “dip arrows in matter of smallpox, and twang them at the American rebels. . . . This would . . . disband these stubborn, ignorant, enthusiastic savages. . . . Such is their dread and fear of that disorder.”
Posted by Alexander R. Cain at 9:04 AM No comments: