Over the past month, the Nerds have been going back and re-examining Lexington’s wartime buildup over the months of November and December 1774 and we think we finally have a complete picture of the great lengths the town went to prepare for war with England.

While the town had started military preparations as early as September 1774, the true war effort “ramped up” on November 3, 1774. On that date, the town assembled to plan “military discipline and to put themselves in a position of defense against their Enemies.”

A week later, the residents met once again and approved measures to ensure it’s militia company had sufficient ammunition. “Voted, That two half barrells of powdere be addede to the Town stocke. Also Voted that a sufficiency of ball for sd powdere be provided. Votede. That there be a suitable quantity of Flints provided for the Towne if there be found a deficency. . . That the Towne provide a pair of Drums for the use of the Military Company in Towne.”

On that same day, November 10, 1774, the town initiated a discussion to see if the “Town will fetch two small pieces of cannon from Watertown, offered by said Town for the use of the Company in this Towne.” By the end of the debate, the residents of the town agreed to purchase the two iron guns. “That a Comtee of three persons go to Watertown & see what the cost of mounting sd pieces will be & whether the carriages cannot be made by work men in this town . . . Captain Bowmane, Mr. Jonas Parkere & Ensign Harrington . . . Be a Comtee for the sd. Purpose.” 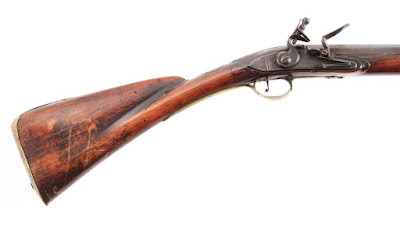 Two weeks later, Lexington was working with town carpenters to build carriages to mount the newly acquired cannons on.

On December 12, 1774 the town voted to start acquiring bayonets for its militiamen. “Upon request of a number of the Inhabitants to see if the Town will call for those bayonets that were providede for part of the training soldiers at the Province cost, and that the remaindere of the soldiers may be providede with bayonets at the expense of the Towne, to be returnable when called for. And that those persons that have purchased bayonets at their own cost may be paid for them, by the Towne, at the price the others cost the Towne.”

Interestingly, the same day, the town received orders from the Massachusetts Provincial Congress instructing the community to ensure its militia company was properly armed and equipped in the event of an outbreak of hostilities. Specifically, the Provincial Congress order drafted by John Hancock stated “The improvement of the militia in general in the art military has been therefore thought necessary, and strongly recommended by this Congress. We now think that particular care should be taken by the towns and districts in this colony, that each of the minute men, not already provided therewith, should be immediately equipped with an effective firearm, bayonet, pouch, knapsack, thirty rounds of cartridges and balls.”

In response to this order, the Lexington selectmen vote “Ordered...the Clerke to . . . warn a Town Meeting to be on Tuesday 27 Decembr. . . at twelve o'clock to act on the following articles . . . To see if the Town will comply with the resolves of the Provincial Congress.”

Approximately two weeks later, on December 27, 1775, male residents of Lexington gathered to discuss the Massachusetts Provincial Congress’ order of December 10, 1775. At the conclusion of the meeting, the town agreed to comply with the directive and resolved “Votede . . . That seven persons be appointed as a committee of inspections to see that the plans of the Continental and Provincial Congresses are faithfully carriede into executione. . . . [seven people listed, including John Parker]”

The next day, residents of the town returned to the issue of supplying bayonets to the soldiers of the town. After some debate, the residents voted “to provide bayonets at the town’s cost for one-third of the training soldiers.” 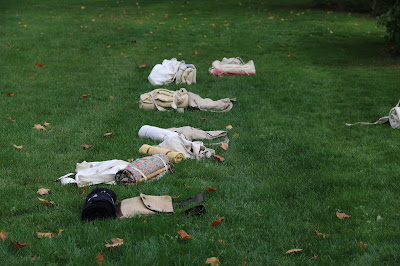 Over the next four months, the town committee would personally oversee Lexington’s continued wartime effort, which included the production of cartridge boxes, powder horns, bayonet carriage belting and knapsacks. Other activities included the modification of fowlers to accept bayonets, melting lead bricks down into bullets, buying gunpowder and building the artillery carriages to mount the two iron guns the town had purchased from Watertown weeks earlier.

In February 1775, the Massachusetts Provincial Congress notified all the towns in the colony that they were expected to be in full compliance with its December 10, 1774 order. Officers of militia and minute companies were instructed to conduct inspections and submit returns to the Provincial Congress as proof of compliance. Unfortunately, an inspectional return from Lexington does not exist.

However, a review of surviving artifacts, probate returns and period accounts suggests that John Parker and his committee were successful in their mission. As one British officer noted as they approached Parker’s Company assembled on the Lexington Green the morning of April 19th:

“In the obedience to your Excellency's commands, I marched on the evening of the 18th inst. with the corps of grenadiers and light infantry for Concord, to execute your Excellency's orders with respect to destroying all ammunition, artillery, tents, &c, collected there. I think it proper to observe, that when I had got some miles on the march from Boston, I detached six light infantry companies to march with all expedition to seize the two bridges on different roads beyond Concord. On these companies' arrival at Lexington, I understand, from the report of Major Pitcairn, who was with them, and from many officers, that they found on a green close to the road a body of the country people drawn up in military order, with arms and accoutrement, and, as appeared after, loaded.”
Posted by Alexander R. Cain at 8:46 PM 1 comment: