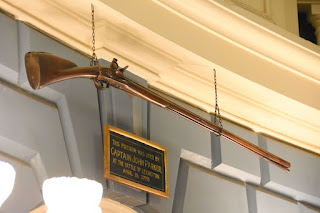 Posted by Alexander R. Cain at 1:29 PM No comments:

"Almost Perished with Cold and Hunger" - The Loyalist Flight to Canada

In the early years of the American Revolution, many rebel committees in New York and New England were reluctant to release loyalist families as they served a useful purpose as hostages. According to historian Janice Potter McKinnon in her work, While the Women Only Wept: Loyalist Refugee Women in Eastern Ontario, the continued presence of loyalist families in rebel communities served as a deterrent against potential military strikes, stemmed the flow of young male recruits into Canada or New York City and encouraged the release of American prisoners held by British authorities.

However, following the commencement of Burgoyne’s invasion of the American colonies in 1777, many communities realized that the presence of loyalist hostages would not stop future raids. As a result, some officials agreed to release men, women and their families so they could travel to loyalist safe havens. At the same time, other authorities passed resolutions preemptively ordering the expulsion of loyalist families from their territories. For example, as Burgoyne advanced further south into New York, the Vermont Council of Safety declared “all such persons as have joined or may hereafter join the British Troops (& left or may hereafter leave) their wives and families within this State, Have their wives and families sent to General John Burgoins [sic] Head Quarters, or some other Branch of the Ministerial Army, as soon as may be.” Similarly, the Albany County Commissioners wrote to the governor of New York in July 1777 asking that “Women whose Husbands are with the Enemy may be sent to the Enemies Lines”. 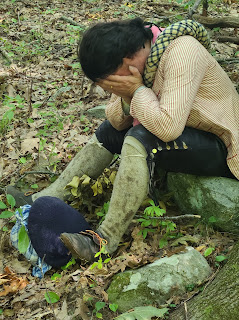 Photo Published with Permission of Adam HL
As McKinnon noted, when loyalists left their communities (either voluntarily or through expulsion) and traveled north to Canada, they usually followed one of two routes.
Loyalists from New York typically followed an overland route through Native American territory to Lake Ontario. Because much of the travel was along forest trails, Indian guides were essential. Unfortunately for many refugees, the route included passage through territory held by the Oneidas, an ally of the Americans. Likewise, refugees had to avoid Continental and militia detachments that actively patrolled the region. Once clear of enemy territory, refugees crossed Lake Ontario at Oswego or followed the southern shore of the lake to the Niagara River. The trip along the Niagara was often difficult, especially in times of spring floods. According to a 1781 account from Barry St. Leger, a group of loyalists arrived at Niagara “almost naked . . . they had been so long hiding in the woods that they were almost famished . . . 50 more are on their way but so weak they can scarcely crawl… they are a set of poor forlorn people. . .who cannot help themselves.”
Those refugees from the Hampshire Grants and Western Massachusetts usually followed a combined land and water route along Lake Champlain and the Richelieu River to Montreal. The roads followed were often muddy and in poor condition. Refugees could only use pack horses, ponies, or hand and horse carts for their belongings and provisions.

Securing water transportation was critical to the flight north. Often refugees were often forced to seek shelter on insect-infested or low lying islands in the middle of Lake Champlain. Because of the difficulties of this combined land and water passage, loyalists were forced to travel in groups whose members could share the burden of carrying boats and provisions. 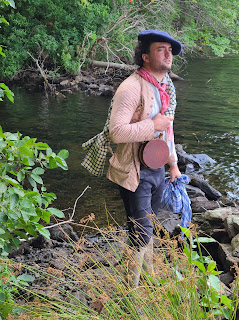 Photo Published with Permission of Adam HL
While some loyalists might be lucky enough to make the trip in thirteen days, most took much longer. If an expedition moved too slowly or was not lucky enough to make good connections with boats, the trek could take at least two to three months to reach the Quebec Province.
The delay in travel, combined with the rugged and unforgiving countryside, easily took its toll on the physical and mental well-being of many refugees. A 19th Century letter from  Elizabeth Bowman Spohn to the Rev. Egerton Ryerson underscores the hardships and challenges many loyalists faced as they fled north to Canada.
“My father, Peter Bowman, the eldest son at home, was only eleven years old. As the pillage was at night, he had neither coat nor shoes; he had to cut and draw his firewood half a mile on a hand-sleigh to keep his sick mother from freezing; this he did barefooted. The whole family would have perished had it not been for some friendly Indians that brought them provisions. One gave my father a blanket, coat and a pair of mocassins. A kind Squaw doctored my grandmother, but she suffered so much through want and anxiety that it was not until spring that she was able to do anything. She then took her children and went to the Mohawk river, where they planted corn and potatoes; and in the fall the commander of the British forces at Niagara, hearing of their destitute situation, sent a party with some Indians to bring them in. They brought in five families: the Nellises, Secords, Youngs, Bucks, and our own family (Bowman), five women and thirty-one children, and only one pair of shoes among them all. They arrived at Fort George on the 3rd of November, 1776; from there they were sent first to Montreal, and then to Quebec, where the Government took care of them-that is, gave them something to eat, and barracks to sleep in. My grandmother was exposed to cold and damp so much that she took the rheumatism and never recovered.”
Posted by Alexander R. Cain at 9:00 AM No comments: