"Anxiety and Distress" - The Civilian Experience Inside the Siege of Boston 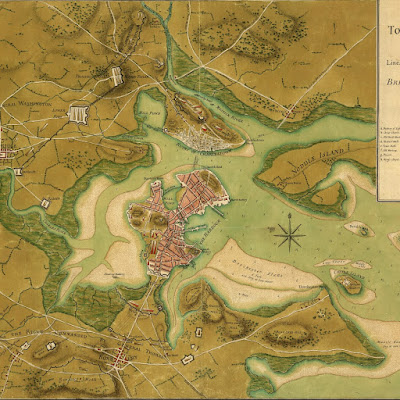 Over the years, historians have written countless works on the military and political aspects of the Siege of Boston. Unfortunately, little attention has been given to the impact of the siege upon the residents of the city. As British military and political authorities attempted to recover from the disaster of April 19, 1775, the residents of Boston found themselves trapped inside a town that was on the verge of social and economic collapse.
In our season 2 premiere of Historical Nerdery The Podcast, we investigate the struggles and hardships of the Massachusetts civilians trapped behind enemy lines during the Siege of Boston in 1775 and 1776.
Posted by Alexander R. Cain at 4:55 PM